The Treasure Trove Unit (TTU) is responsible for the daily running of the Treasure Trove system and is the first port of call for new discoveries and finders. It carries out investigations and object assessments, and, where appropriate, investigates findspots.

TTU has delegated authority from the Queen’s and Lord Treasurer’s Remembrancer (QLTR) to decide whether an object should be claimed or not. For more information on the QLTR, please visit https://qltr.gov.uk/

If an object is not claimed, it is returned to the finder with a disclaim certificate.

If an object is claimed, it will appear before the Scottish Archaeological Finds Allocation Panel (SAFAP) and accredited Scottish museums are asked to apply for the cases. The TTU provides a report and estimated valuation to the panel to use in deciding the level of ex gratia award for the finder. The finder also has the opportunity to provide the panel with information regarding the suitable level of ex gratia payment. 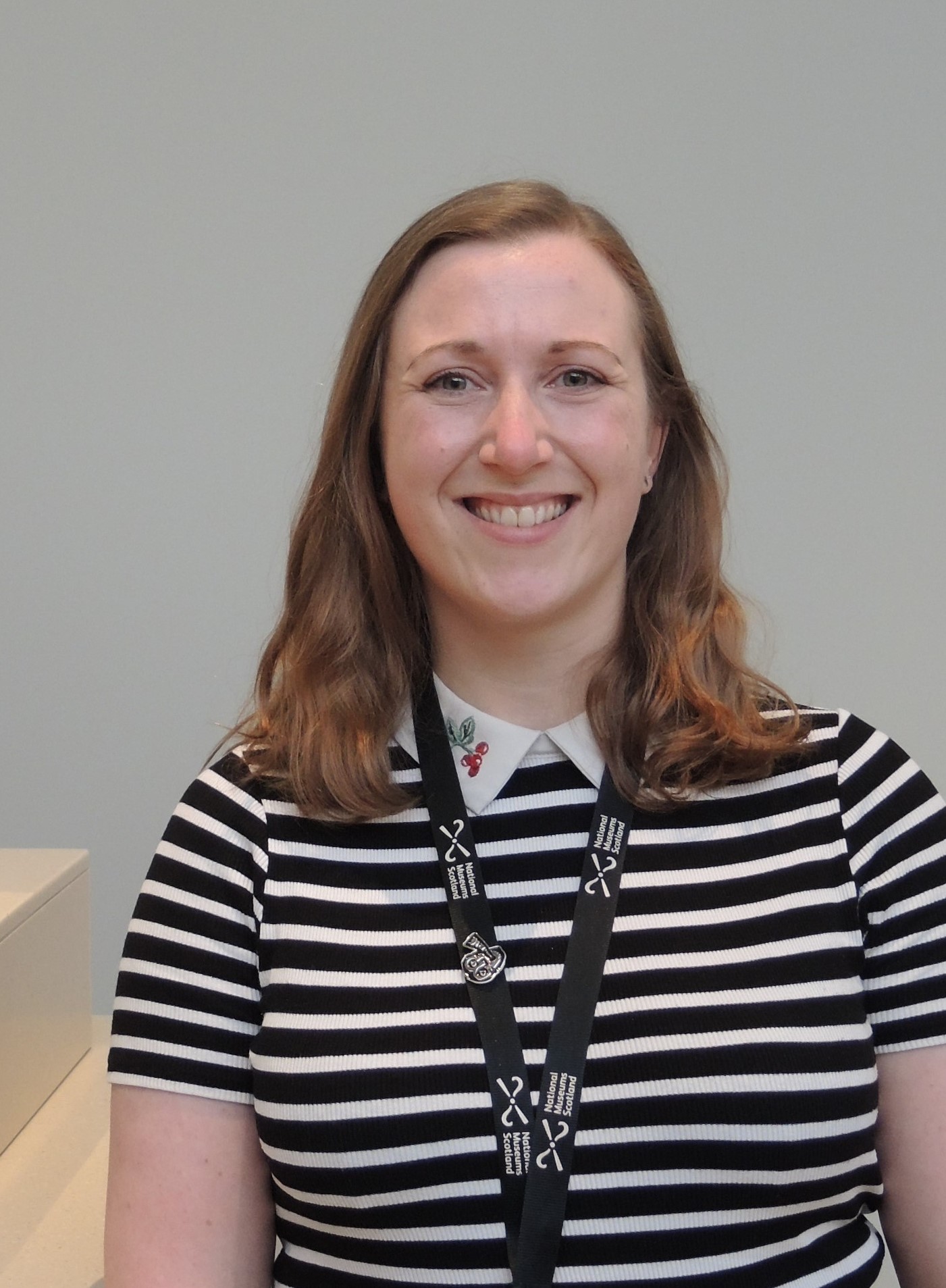 Emily is responsible for the daily running of the Treasure Trove Unit. Her responsibilities include dealing with general enquiries, engaging with the public and heritage sector on Treasure Trove matters, and processing and researching reported artefacts and assemblages.

Emily has an Undergraduate degree in Ancient History from the University of Edinburgh and a Postgraduate degree in Museum Studies, specialising in artefacts and material culture, from the University of Glasgow. Before coming to the Treasure Trove Unit, she volunteered with the Staffordshire Hoard project team as a Documentation Assistant and spent a year with the Portable Antiquities Scheme in the West Midlands as a Headley Trust Intern/Finds Recording Assistant.

Emily’s area of interest is numismatics, looking primarily at the development of coinage in Britain. She hopes to expand her knowledge whilst with the Treasure Trove Unit, identifying incoming coins and researching the Roman coins on the database. She also has an interest in how metal detecting and Treasure Trove have altered and enriched museum collections. 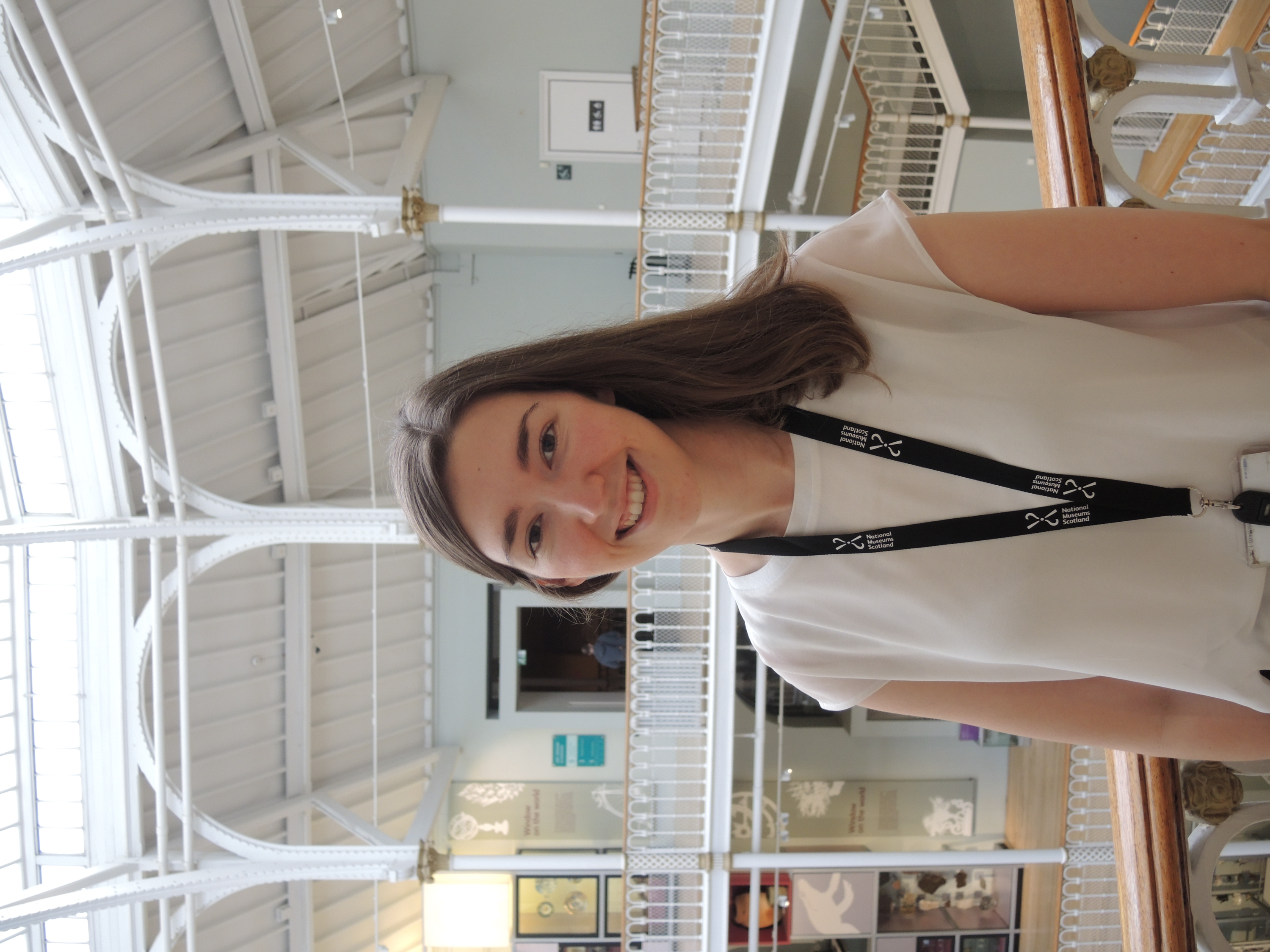 Ella assists with the daily running of the Treasure Trove Unit. Her responsibilities include answering queries, processing reported finds and attending outreach events.

Ella holds an undergraduate degree in Ancient and Medieval History and an MSc in Classical Art and Archaeology from the University of Edinburgh. She also studied briefly in Crete, attending a Prehistoric, Greek and Roman pottery course at the British School at Athens.

Ella took up the role of Treasure Trove Officer in July 2018 and is interested in Bronze Age metalwork and medieval material culture. Her current research focuses on expressions of personal identity on Scottish seal matrices, c. 1200-1600. She is particularly pleased to be involved with the Treasure Trove Unit's outreach programme and enjoys engaging with museum professionals and members of the public alike. 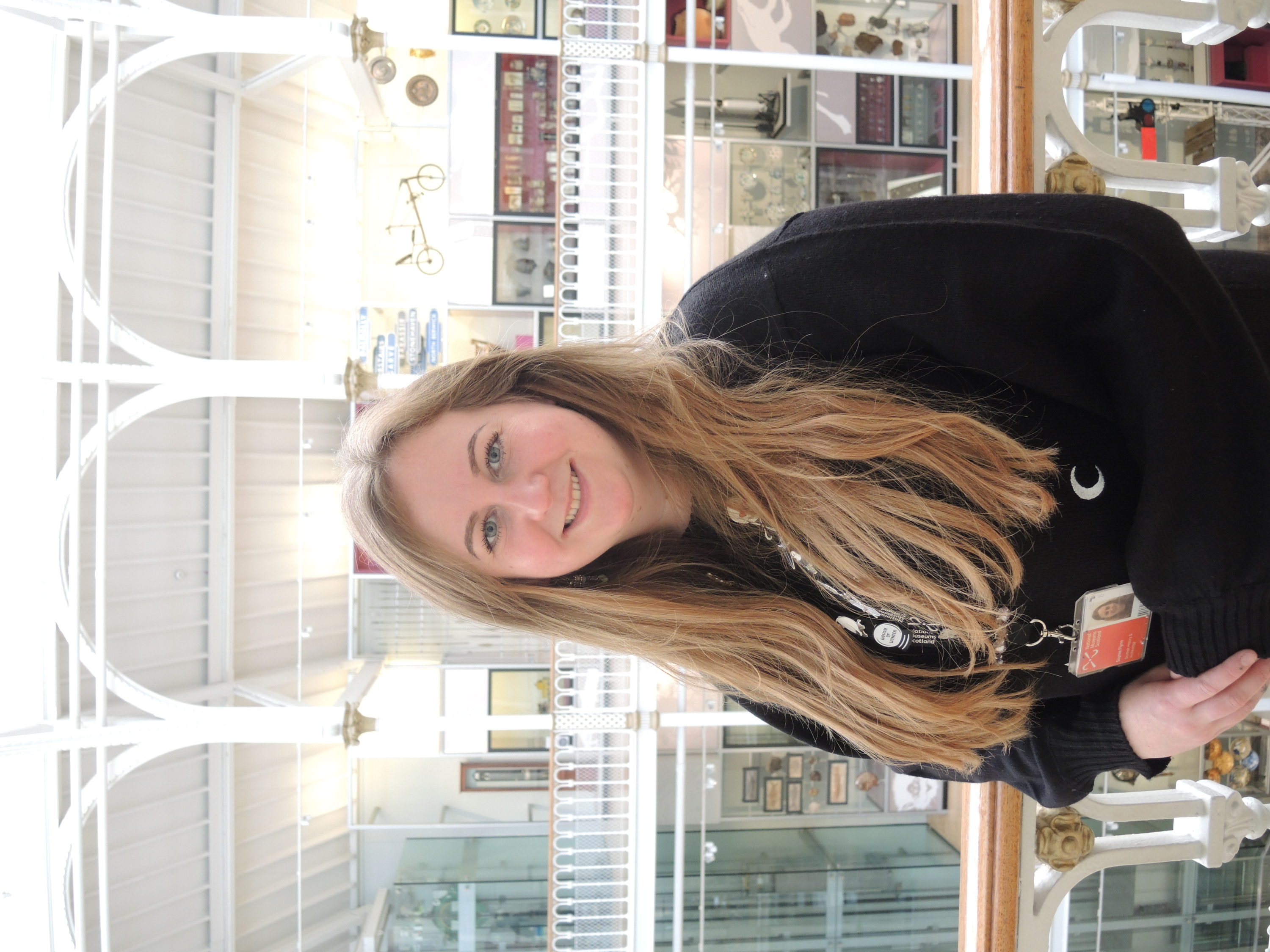 Sophie assists with the daily running of the Treasure Trove Unit. Her responsibilities include answering enquiries, identifying, recording and processing finds, and engaging in outreach events.

Sophie has a BA in Archaeology and Anthropology from the University of Oxford and an MSc in Palaeoanthropology and Palaeolithic Archaeology from University College London. She worked as the Finds Liaison Officer for Essex under the Portable Antiquities Scheme from 2017 to 2021.

Sophie joined the Treasure Trove team in February 2021, and is interested in stone age archaeology with a focus on the palaeolithic period. She has undertaken digs in the UK and Pompeii, Italy. She welcomes the opportunity to see a wide range of artefacts, and particularly enjoys learning about early representations of art in the stone age. Sophie is proud to be working on a team that ensures archaeologically important finds are saved for the public’s benefit, and is passionate about outreach.

Get in touch with the team: treasuretrove@nms.ac.uk