For us at the Treasure Trove Unit, once an artefact has been allocated it is transported to a new home and we move on to the next find. It is such a treat to see what happens next and in this case, we have two TT cases on display in the new exhibition at Perth Museum and Art Gallery, titled Romans: Edge of Empire. We cannot wait to pay a visit! In this post, Curator Mark Hall gives us a preview of what we can expect to see:

Exploring Roman and Celtic lives on the North-Western edge of the Roman Empire, it tells a story of global and local, of the interaction of Roman and of Celtic-speaking peoples in North Britain. By ‘Romans’ we do not mean only people from Rome but from its far-flung Empire. It was usual Roman practice to draft military units in conquered territories and send them to serve in distant lands. We know, for example, that units raised in North Africa and in the Middle East served in Britain. Roman and Briton are not exclusive terms, you could be both and more.

Setting the scene of the context of the wider Roman empire, the exhibition goes on to explore 3 key themes which allow us to compare ‘Roman’ and ‘British’ lives: Supernatural Engagements, Everyday Lives, and Identities. These themes are supported by a concluding focus on recent archaeological work at Castle Craig Broch as an example of ‘living on the edge’.

The exhibition brings together recently excavated material, material that has been long in the collections in Perth and material newly acquired through Scottish Treasure Trove, generally through metal detecting. We briefly spotlight two of those objects, newly conserved to look their best, and both revealing  the enmeshed, complex identities on the edge of empire.

Figure 1 shows a copper alloy and enamel strap junction in a figure of eight form, 81 mm in length. The central design element is a circular field filled with a triskele, the legs filled with yellow enamel and the alternating cells of the field probably filled with a red enamel (difficulty to determine as mostly worn away). The loops are decorated with lentoid trumpets, the flaring heads of which frame the central disc. These elements place the fitting within the so-called ‘massive’ style typical of north-east Scotland in the first and early second century. It was found very close to the Roman fortress at Carpow, which Dr Fraser Hunter has suggested may indicate its loss by someone serving with the Roman army. It was certainly well-used, with one of the loop junctions cracked and the other broken. It is the first known example of a figure-of-eight, ‘massive’ style piece of harness fitting from Scotland. 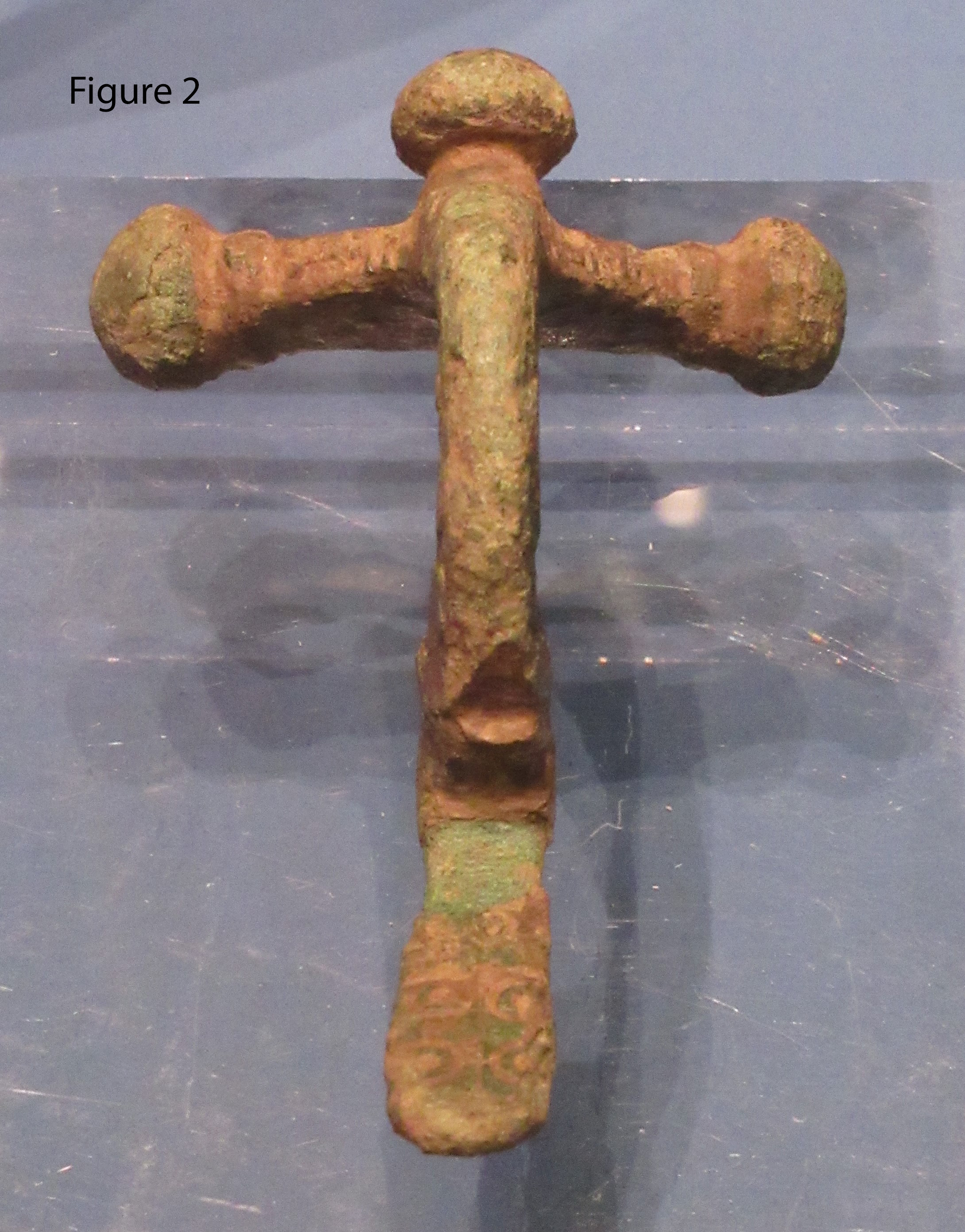 Figure 2 shows a copper alloy crossbow brooch, 71mm in length. It has lost its hinged pin, its foot is distorted and there is some patina damage, probably a result of plough damage in the soil. This type of brooch is very rarely found in Scotland, and they are seen as signalling high status and contact with late Roman (c. 4th century) officialdom. A well-known example from Elgin is made of gold and this seemed a key difference with this new find. However, when the brooch was cleaned before its display, we found minute traces of gilding. It was found at Kinnesswood. This general area has produced several Roman brooches of earlier date and also a hoard of denarii, generally from the margins of Loch Leven which were formerly under water. We may be seeing a long-lived Iron Age tradition of ritual deposition into the Loch, something we also see in the Bronze Age.

Covid allowing, the exhibition remains open through to February 2022. Do come and get a taste of northern frontier life!

If you can't make it in person, there is also a virtual tour of the exhibition available at the following link: https://cpkplay.co.uk/portfolio-item/explore-romans-edge-of-empire/